Past Practices of Cookery and Hygiene

I turned to old cookbooks for comfort last week, wondering what my American foremothers had done in times of crisis and scarcity. Given that our best strategy at slowing the spread of COVID-19 at the moment is to stay home, I was curious to know how women in previous centuries had approached everything from cleanliness to cookery. I couldn’t help laughing at much of the advice. 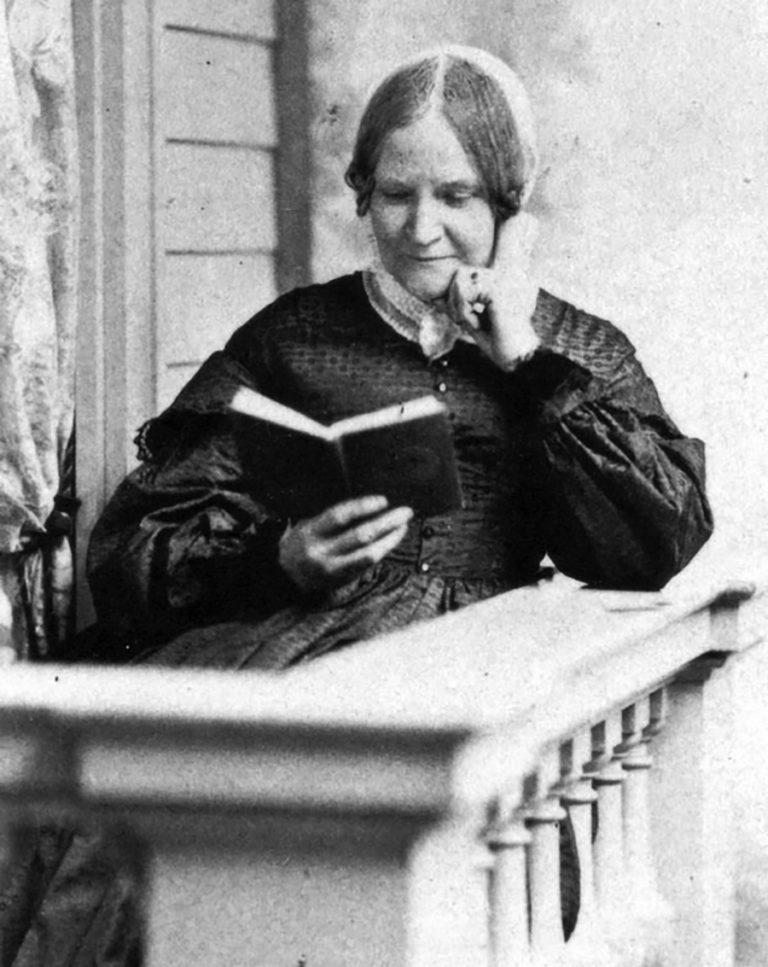 In her book The American Frugal Housewife, Lydia Maria Child has a “remedy” for all that ails us. (Photo Open University)

“Simple Remedies” from the 1841 edition of Lydia Maria Child’s The American Frugal Housewife included gems such as these:

A stocking bound on warm from the foot, at night, is good for the sore throat.

Boiled potatoes are said to cleanse the hands as well as common soap; they prevent chaps in the winter season and keep the skin soft and healthy.

Tea made of colt’s foot and flax-seed, sweetened with honey, is a cure for inveterate coughs. Consumptions have been prevented from it. It should be drank when going to bed; though it does good to drink it at any time. Hoarhound is useful in consumptive complaints.

Beer is a good family drink.

When printing took off in the 1830s, mass-produced cookbooks, not just word-of-mouth or handwritten notes, became go-to repositories of advice. These books provided recipes to care for the sick as well as to feed hungry families.

But before the end of the 19th century, no one — including frugal housewives — knew what a virus was. English doctor Edward Jenner developed protocols in the 1790s to vaccinate against smallpox. He knew his method worked, but he did not know how or why. In the 1890s, two European scientists independent of one another figured out that an infectious agent caused tobacco leaves to mottle and wither. They were able to filter bacteria from fluid and see, with a microscope, that what remained was not alive but was nonetheless contagious. They called this pathogen a “virus,” from the Latin for “poison.”

Advice on nursing in cookbooks took on an invigorated air of authority after Florence Nightingale published Notes on Nursing: What It Is, and What It Is Not. Nightingale had cared for English soldiers in the Crimean War. She returned to London to write up her observations and to establish a nursing school. Soon thereafter, American women incorporated Nightingale’s principles into cookbooks in sections titled “Cooking for, and Care of Invalids.” While they might not have had more to offer during and after the Civil War than well-boiled “beef tea” and a conviction that well-ventilated rooms brought about health, women nonetheless used their energies to tend to those they loved.

By 1915, before world war or Spanish flu had swept up and through America, cookbook writers applied scientific principles to the management of households. Progressivism and campaigns for suffrage augmented their sense of purpose, if not their efficacy, as witnessed by Mrs. L.O. Kleber in the introduction of the Pittsburgh, Pa.-based cookbook she edited:

Now that women are coming into their own and being sincerely interested in the welfare of the race, it is entirely proper that they should prescribe the food, balance the ration, and tell how it should be prepared and served. Seeing that a large majority of the sickness that plagues the land is due to improper feeding, and can be prevented by teaching the simple art of cooking, of serving and of eating, the wonder is that more attention has not been given to instruction in the simpler phases of the culinary art.

Alongside instructions for soap-making and pickling, Kleber included in The Suffrage Cook Book letters and recipes from the likes of social reformer Jane Addams, as well as “Anti’s Favorite Hash,” which cannot be a success unless “you wear dark glasses”:

“A little vitriol will add a delightful tang, and a string of nonsense should be dropped in at the last as if by accident,” the recipe instructs. “Stir all together with a sharp knife because some of the tidbits will be tough propositions.”

Politics and sarcasm, I saw, accompanied culinary prowess. The possibility of solidarity, I decided, could be measured neither in tumblers nor tablespoons.

I came away from my readings this week feeling deep kinship with the women who wrote and published these cookbooks. Until scientists made vaccines available to prevent previously incurable viruses such as mumps, measles, and polio, and until doctors were able to prescribe antibiotics to kill devastating bacteria such as strep, “frugal housewives” could do little to combat devastating epidemics and infections. That did not keep them from trying.

We’re all of us in a similar spot at the moment, here in the early decades of the 21st century. We want to stop something we can’t entirely understand. We are trying to do whatever is in our power to protect those we love. For now, as I practice physical distancing, I’m inspired by those who did battle at home against illnesses whose origins were mysterious. Their cures may be outdated. Their energies, meanwhile, transcend time and place.